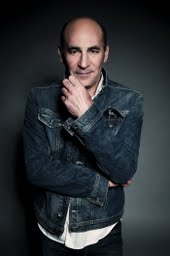 He graduated at the University of Theatre and Film Arts in 1981. He acted at National Theatre in Pécs, then at Csiky Gergely Theatre, in Kaposvár. In 1993 he moved to Budapest. First he played in Radnóti Theatre, then, in National Theatre between 2003 and 2012. From 2013 he has been constant member of Katona József Theatre.

He has appeared in several film productions and got many prestigious award.

Current performance includes An Enemy of the People (Peter Stockmann), Waiting for Godot (Pozzo), The Reunification of the Two Koreas, Faust I-II.


His previous works include: Hyppolit, The Seagull, Angels in America, A Patriot for Me!, Nathan's Children, Saint Joan, The Three Sisters, Twelve Angry Men, Intrigue and Love, King Lear, The Cripple of Inishman, Hamlet, A Midsummer's Night Dream, Othello, The Robbers, The Cherry Orchard, Uncle Vanya, Exiles, Mother Courage and Her Children, The Caucasian Chalk Circle, The School for Wives, Alcestis, All Together Now, The Suicide, My Fair Lady, The Lower Depths, Greek, Becket or The Honor of God, Marriage, The Maids, The Master and Margarita, The Forest, Timon of Athens, Crime and Punishment, Funny Girl, Richard III, Athalie, The Duchess of Malfi.