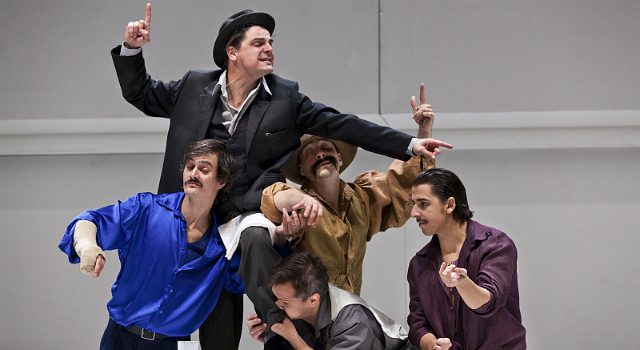 In 2008 and 2009 a series of murders was committed against gypsies in some villages of the Hungarian countryside. In most cases they threw Molotov coctails in their houses, and shot at the escaping gypsies.

In the first half of the performance we use a text written in 1931: a love triangle in a world when gypsies and Hungarians could live together in the same town or village, even if there were conflicts between them. After the violent ending of this „idyll”, the contemporary version of the story comes: the police start to investigate the murder, but everyone is corrupt, there is hatred between each of them, and, as a consequence, no result can be reached in the investigation.