The program of the fifth edition of the Czech Theater and Drama Festival includes two award-winning productions as well as plays by two successful authors. In Czech, with English and Hungarian subtitles.

This year’s theme focuses on the phenomenon of otherness and its social acceptance. Both productions focus on heroes (or heroines) who are able to face the usual prejudices and, against an intolerant society, choose to fight for the possibility of a full life. Although the stories of both pieces take place in the distant past, their theme still has an equally strong resonance today. In addition to strong themes, this year’s Checkbook program focuses on exceptional and strong acting performances rightly praised by Czech critics. The focus of the festival this time is not on the striking directing or the original visual concept, but on the actor himself.

In the times of long-ago gods, heroic chiefs and psychopathic dictators, in a land wracked with unrest, a heroine was born. She was Zdena. A mighty princess strengthened with the glow of the Olympics. Spikes, passion, danger. Her courage will change the world. What does it matter that there is a dark moustache emerging from under her nose – the main thing is that she should break records on the running track. Soon she will become the darling of Czechoslovakia and the whole athletics world. But those she leaves behind her will start to probe the secrets of her success. This new play by Tomáš Dianiška was inspired by the scandalous fate of a Czechoslovak athlete whose sporting successes were erased from our modern history.

The production won a Theatre Critics’ Award in 2019 in the Production of the Year category and First Performed Czech Play of the Year, while Jakub Burýšek won an award as Talent of the Year.

Dianiška is not attempting a realistic reconstruction of a life. His play is a peculiar cabaret, politically and socially set in pre-war Czechoslovakia. His grotesque way of viewing the world, his ability to cumulate bizarre details and his original ideas shift the production towards being a dark account of the intolerance and physical and psychological violence that a bad era is able to draw out of people. But there is also humour here, sometimes almost Cimrman-like in nature; the author’s fondness for playing with clichés works well when together with Zdena there runs a little Emil Zátopek, with whom no one can keep up. The jackpot of the production is Jakub Burýšek in the role of Zdena-Zdeněk, portraying authentically the character’s androgynous fragility, vulnerability and lability.
– JANA MACHALICKÁ, Lidové noviny

PETR BEZRUČ THEATRE in Ostrava is one of the artistically most distinctive theatres in the Czech Republic, as confirmed by numerous awards and positive audience receptions. The theatre’s repertoire is aimed above all at young audiences and all those who are not afraid of contemporary themes. The company has a much-awarded artistic team, and a number of actors who have appeared at the Bezruč have become well-known nationally (Richard Krajčo, Lucie Žáčková, Tereza Vilišová, Filip Čapka, Jan Plouhar, Tomáš Dastlík). The original dramaturgy includes modern takes on classic works, the dramatisation of interesting or “cult” works of literature and film, and, last but not least, works with a regional theme. 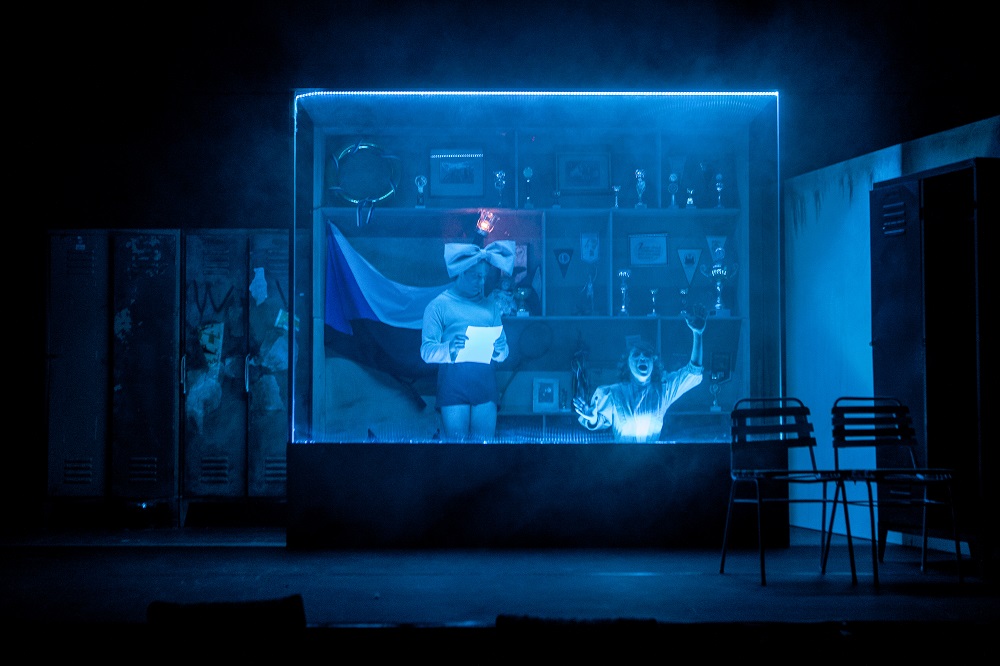 Our dear spectators! The performance of Frankie The Armless will not be held! We apologize for the inconvenience!

A grotesque about a boy who couldn’t embrace his sweetheart.

The stork that carried him to his parents had bitten off his arms, so Francis was born without them. Nevertheless, he brims with sincere enthusiasm that is totally contagious – even at times when optimism is the only wealth he has left. He learns to do everything a boy needs with his feet – to pick up a stone and throw it over the church, to fly a kite, to flick marbles and also to fight. The girls at school are wearing shorter skirts, Francis has just received an offer from a freak-show and more cripples are coming back home from the war. Set against the modern Czech history, the pitch-black comedy based on real events and focused on the tense moments of Francis’ life tells a story of a stubborn man seeking to break free from his fate and environment in a great fight for human dignity. 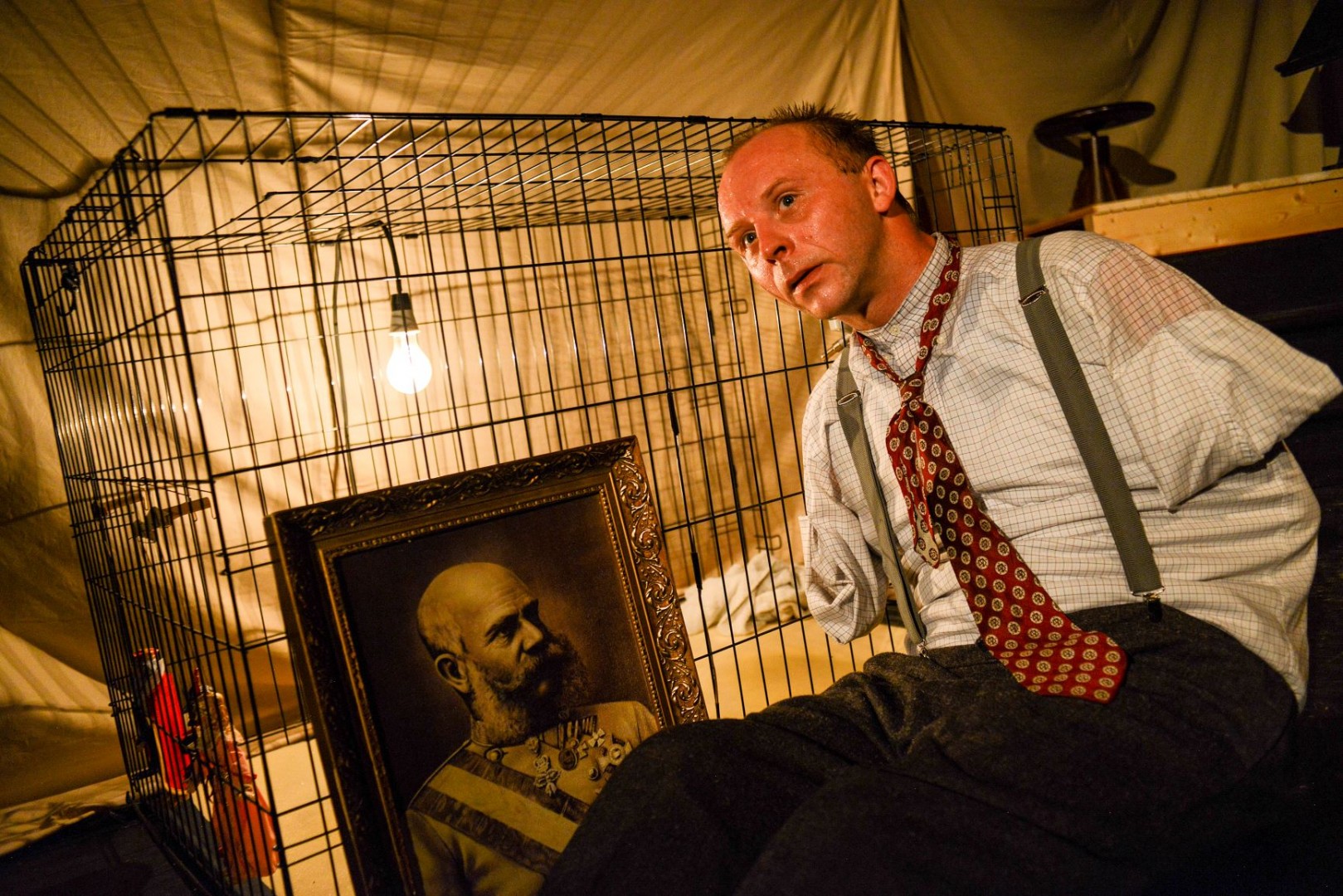