The Diary of a Madman tours in Greece

The performance featured in the programme of the Dimitria Festival in Thessaloniki on 3 October.

The theatrical “reading” by director Viktor Bodó of Gogol’s classic short story from ‘St Petersburg Stories’, is being presented as a monodrama, with Tamás Keresztes in the starring role.

The central character, arriving at madness as a prisoner of his soul and social class, is described in his full, tragic dimension, while the live music plays its own central role on stage, contributing to the play’s evocative atmosphere. Are we insane or has the world gone insane? Gogol’s question from 1834 is still timely today. 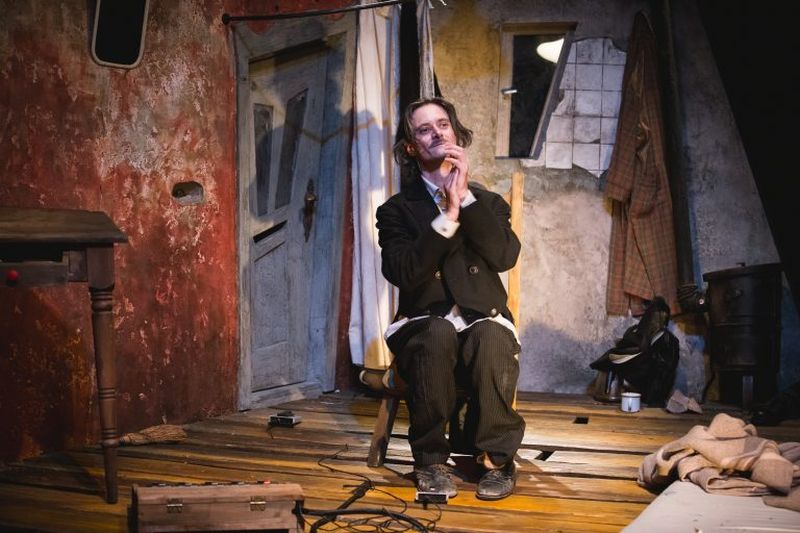